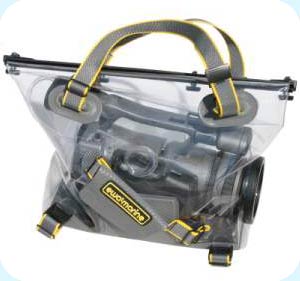 ewa-marine has a history of manufacturing housings for the film and broadcast industry since the early 1970s. Especially the resolution used for most cinematic films is fare superior to that of the new HDTV video standard. Therefore it was only natural, that we started making housings for HDTV as soon as the first cameras came onto themarket.

The first volume HDTV housing was our VFX for the Sony HDV-FX1 and HVR-Z1 camcorders. These units were used by consumers as well as large Hollywood studios for in and under water camera work.

As these cameras developed and more models appeared on the market, we added custom housings or adapted existing ones. Today, we are able to provide you with a high quality housing and rain capes for most HDTV camcorders on the market.